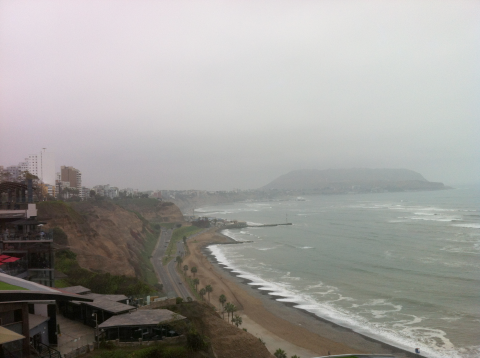 After loading the bus with more duffle bags than people, we were on route to Huaraz. Our eight-hour journey was highlighted by a stop along the road to sample water quality on the Rio Chillon. Although the severity of the contamination was evidenced by its landfill appearance, the hydro-team from Ohio State and McGill University seek to analyze varying effects of mining, glacier recession and increased consumption. 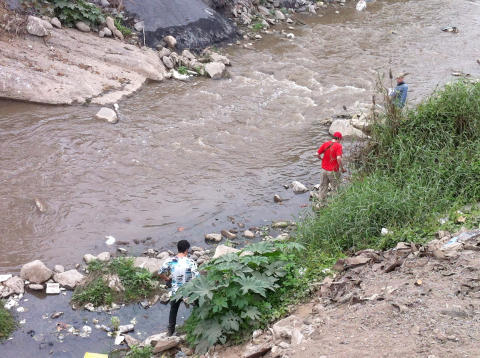 Beyond Lima’s limits, urban sprawl takes over the desert. With little vegetation due to the lack of precipitation and local water sources, it is evident the millions who settle on Peru’s coast are sustained by water supplied from the Andes. These relationships, however, are threatened by climate change and growing demands. Our team seeks to better understand these dependencies and potential adaptation strategies for vulnerable communities.

This morning we sipped coffee on the rooftop balcony while overlooking some of the highest peaks in the Southern Hemisphere looming on the horizon. The jagged spires, stacked with ice are dramatic and quite a contrast from the Sierras and Cascades that we west-coasters are used to. Huaraz and the surrounding Cordillera Blanca is a Mecca for recreational trekkers as well as world-class alpinists.

Huaraz is a city filled with construction projects. The lack of old architecture is a consequence of a history marked by natural disasters such as the 1941 glacial lake outburst flood (GLOF) and the major terremoto in 1970, which leveled the city. Construction projects, however, are not limited to rebuilding houses. In recent years, Huaraz has seen an increase in paving projects and other construction due to the influx of mining royalty taxes. Mining projects are also another important user of water in the region as most new large-scale mines are engaged in cyanide leaching.